Questions About Ozone Dentistry? We Have Answers

As the evolution of technology continues to thrive forward and reveal exciting advances each day, it is not surprising to learn that modern science has found a way to harness the power of  the very ozone that protects us from the harmful ultraviolet rays of the sun. Believe it or not, ozone can be used as a tool to protect our teeth and gums when administered by a qualified ozone dentist. In fact, there are several ozone dental uses that are becoming more and more mainstream throughout the world.

How Does it Work?

A very interesting article written by the Saudi Journal for Dental Research suggests that an ozone molecule is made up of three oxygen atoms that are bonded together to form a negatively charged particle that comes in the form as a colorless gas.

As early as the 1930s doctors have been exploring the powerful antibacterial and healing properties of ozone. Ozone can be transformed into a gas, a water or an oil and can then be used in modern dentistry as an effective tool to fight issues such as tooth decay and periodontal disease.

Most dentists like to focus on the prevention and management of tooth decay. The Journal of the Formosan Medical Association (JFMA) published an article that declares that the antibacterial properties that ozone has to offer may help small cavities from growing larger on the surfaces on the back of teeth. On top of being a great antibacterial solution it can help to disinfect decay that may occur in places where teeth have been restored.

Periodontal disease is a common issue among people that visit the dentist. Although it starts out small and seemingly harmless, it can grow into a potentially life threatening ailment. The disease can spread throughout the gums and attack the sockets that hold the teeth in place. Once the pockets get deep enough, an affected person can ultimately lose their teeth.

According to an article published by Interventional Neuroradiology (IN), ozone has the potential to help to disinfect areas in the gums that are affected with infections. Since ozone molecules are versatile enough to transform into a liquid, gas, or an oil it can be applied directly to the gums and seep into the collar of the gum that surrounds each tooth.

Endodontics are procedures such as root canals that are necessary when pulp tissue within the tooth is infected in a way that can not be reversed. In the old days, a tooth with a condition such as this would have to be removed, but a root canal can be implemented to get rid of only the infected tissues and leave the tooth intact and in place.

Another perk that ozone has to offer is that it can help to disinfect the canal inside of the tooth as well as the surrounding areas that could be affected by the infection.

Temporomandibular joint pain, also known as TMJ, affects people all over the world. TMJ can cause people pain and discomfort when they chew or even merely open their mouth. According to a study within the Medical Principles and Practice injections of ozone helped to alleviate sympements in people that were suffering from TMJ pain. This discovery points to the possibility that there is a great promise for the future of ozone treatments to be able to help with TMJ.

Problems with the Use of Ozone Therapy

Ozone therapy is common in other countries throughout the world, but the United States is not a popular venue when it comes to that particular type of therapy. There is some conflicting evidence in the findings during research regarding whether or not it is as effective as it appears to be. There is also a chance that it can have negative effects if it is inhaled as a gas and can cause damage to the pulmonary system as well as other important organs.

At the present time ozone dentistry is not such a mainstream alternative, there is a huge promise of putting the great antibacterial properties of it into good use in the future. Ozone does such a good job protecting the planet, it has the power to protect us on a more personal level as well.

Why Dentists are Raving About Clinpro 5000 Toothpaste

is closer than you think. 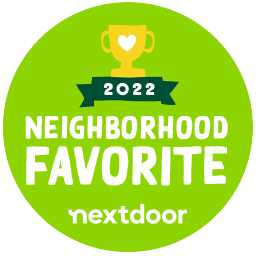 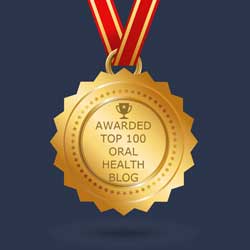 Copyright © 2013-22 Eldorado Dental: All rights reserved. | Powered by Essential IT

We are open and fully operational! Covid-19 Policy -Learn More...